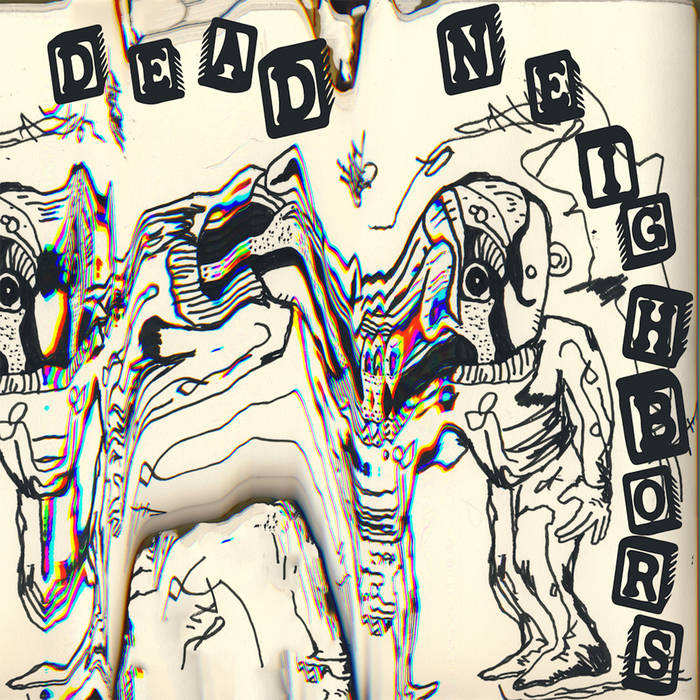 Dead Neighbors' scorcher of a debut mines the heavier side of 1980s college rock and showers it with shoegazy riffs, angled rhythmic workouts, and a healthy dose of slacker vibes.

""Dead Neighbors is thirty minutes of the best jangly guitar riffage you’re likely to encounter this side of 1989... Get off your rump and order this tape, pronto, or I’m going to personally come to your house with my Walkman, hook it up to your $80,000 surround-sound system, and play this on repeat until it curdles your hummus. Does hummus curdle? We’ll find out!"- Cassette Gods

"Of all of the cassettes I've heard since I began Raised by Gypsies this might possibly come the closest to being a band which should have been on the "No Alternative" compilation because everything about Dead Neighbors just fits that so beautifully." - Raised by Gypsies

"While Dead Neighbors’ scuzzy production often leads to a whole bunch of racket, the Neighbors boast some downright tuneful tracks, like the cheery “Apathy.” The record’s highlight is “Ever,” a glorious four-minute number (the longest on the album) that floats from strident riffage into rowdy shoegazing. Other touches—the blistering solos on the otherwise brisk-’n’-breezy “Tell”; ambient interludes; quick blasts, like the cheeky garage stomp “In the End the Devil Always Wins” and the gnarly, Husker Dü-ish “Twitch”—prove that Dead Neighbors can flex their noggins as much as their muscles."- Flagpole Magazine

"direct, straight forward punk rock with a bit of a jangle blasted out in tight power trio style with a lofi haze stuck to everything. very good."- Modern Folk Music of America

"Dead Neighbors is a raucous, riffy, post-punk painting of a shoegazing world. If you're reading that and scratching your head, then have a listen to lead single Tell"- Record Rewind Play

"Dead Neighbors conjure the sounds of your favorite 80's indie heroes (Dinosaur Jr., The Replacements, The Pixies, Sonic Youth) and charge into the gauzy stoned daydream of a drive through town with the windows rolled down."-We Keep the Neighbors Up

Recorded, Mixed, and Mastered in a few bedrooms in Athens, Ga over a few months